CityNews: Starbucks In Kensington? Not On Their Watch

CityNews: Starbucks In Kensington? Not On Their Watch. I cannot believe that the city won’t step in. Kensingon Market is a historic part of Toronto, and probably the only location focused on new canadian experiences that has not been paved over. Well, to be honest, it IS the heart of Toronto.

Though the Seattle-based coffee giant denies any interest in a Kensington location, Councillor Adam Vaughan is taking no chances. He says he immediately contacted the firm’s head office to remind them he was a strong part of their losing battle for the Dooney’s location on Bloor and to inform them that some 900 square feet of the property is actually city-owned and will require a boulevard permit. Part of the licensing process includes polling local residents. “The company would be in for a loud debate,” warns Vaughan. 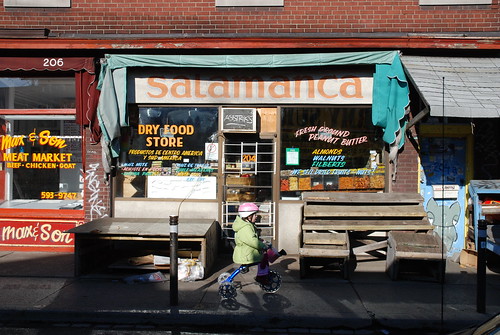 Filed under:
lj by jason